That’s an opinion shared by many in mainstream media, but since a “conspiracy” is a secret plan made by two or more people to carry out a plan (whether illegal or not), conspiracies can apply to a vast number of activities, not just “X Files-like nonsense.”

This is one of the things Phil Marshall was trying to bring to light in his book, “The Big Bamboozle.”  Marshall wrote, “Quoting from passages in the Washington Post series Secret America, we find that the Special Activities Division is a division of the United States Central Intelligence Agency’s National Clandestine Service responsible for covert operations, black operations and other “Special Activities,” including covert political action and paramilitary special operations.  Within Special Activities there are two separate groups; One for paramilitary operations and another for political action.  The Political Action group is respsonsible for covert activities related to political influence, and psychological and economic warfare.  The division is supervised by the U.S. Secretary of State.”

He goes on to point out that, “The political action group within Special Activities conducts deniable psychological operations known as Black Propaganda – which includes leaflets, newspapers, magazines, books, radio, and television, all of which are geared to convey the U.S. message appropriate to the region.  In the U.S. , the most obvious propaganda tool is the News Corporation’s Fox News and its perpetual circle of disinformation.” 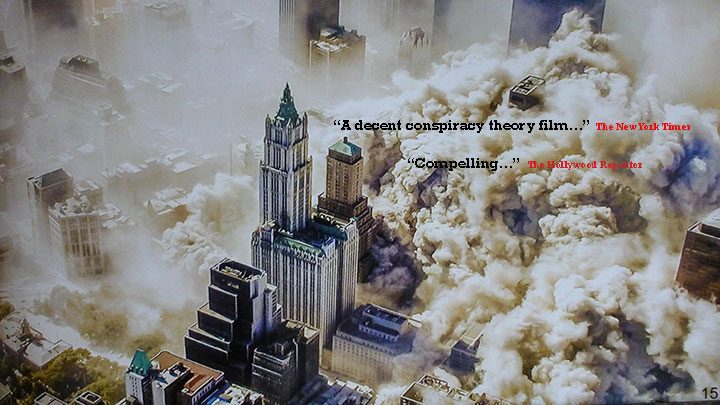 The Special Activities Division is interested in shaping big stories, and one of the biggest stories of the past hundred or so years in America is the story of how the 9/11 attacks occurred.  The story, confirmed by the 9/11 Commission Report, and echoed endlessly by those in the Bush Administration and the Obama Administration, is essentially a lie, and because Governments do not wish to be embarrassed among nations, the lie is supported and embellished and those, like Philip Marshall, who question it are often targeted to be silenced.

From other posts in the “Unthinkable” blog, you have learned that, according to long time U.S. State Dept. terrorism expert, Dr. Steve Pieczenick,  it is very likely the master-mind terrorist, Osama bin Laden, who is held up to have carried out the 9/11 attacks from a cave in Afghanistan, in fact died of marfan syndrome in 2002.    Did that stop the Special Activities Division from producing fake bin Laden videos for ten years following 9/11?  Certainly not.   Bin Laden was “the guy” the Intelligence Community pinned the blame on for not only 9/11, but everything that followed:  Two wars lasting over ten years, the near bankrupting of the U.S. for having supported those two wars, not to mention the deaths of 4,500 U.S. military personel, the plague of ruined lives, lost limbs and, we should never forget, the murder of hundreds of thousands of innocent Iraq civilians.

So, why is it important that we look outside mainstream media for our news?  Because otherwise we will fall victim to the folks at Special Operations who would prefer that we know nothing of the writings of Phil Marshall (deceased), or Michael Ruppert (deceased), or Gary Webb (deceased), all who gave their lives so that Americans might wake up to the incalculable cost of Empire.